The week will take place between 23rd – 30th September and aims to support and promote the benefits of an active lifestyle, via the #BeActive message.

Over 30 countries will participate in this all-inclusive campaign – week is for everyone, regardless of age, background or fitness level. With a focus on grassroots initiatives, it will inspire Europeans to #BeActive on a regular basis and create opportunities in people’s everyday lives to be healthier and happier through the involvement of physical activity.

EUROPEAN WEEK OF SPORT IN THE UK

This year’s European Week of Sport in the UK will continue to support and promote an increase in physical activity and sport through the #BeActive message.

Here in the UK the week will align each day to a specific theme, to ensure a wide reach of the #BeActive message and the opportunity for a greater variety of people to take part. The week will offer all involved a great chance to promote and align to a Europe- wide campaign that will see social media support throughout the week. We will be looking to engage #BeActive ambassadors to attend events and support in generating PR activity.

Plans for the UK in 2019 include an outdoor #BeActive festival in the heart of Cardiff on Saturday 28th September that will engage all ages through a variety of sports and activities. The flagship event, National Fitness Day, will take place on Wednesday 25th September UK-wide. This day will celebrate the fun of fitness and physical activity up and down the UK, through numerous organisations providing free physical activities externally and internally. In 2018 we saw over 4.3 million engage in physical activity on National Fitness Day because they were inspired by the campaign and saw a phenomenal social media and media presence.

In 2019 ukactive will also work with the likes of Mind, the mental health charity to promote the power of physical activity on our mental health and wellbeing; John McAvoy, a 2019 EWoS ambassador, and Fulham Reach Boat Club to deliver a day of opportunity for young people in London; and Ordnance Survey, with its ‘Get Outside’ campaign.

The week will finish with an evening of workouts at ‘Ministry does Fitness’ with the iconic Ministry of Sound, for a #BeActive night on Saturday 28th September.

REGISTER YOUR EVENT AS PART OF EUROPEAN WEEK OF SPORT 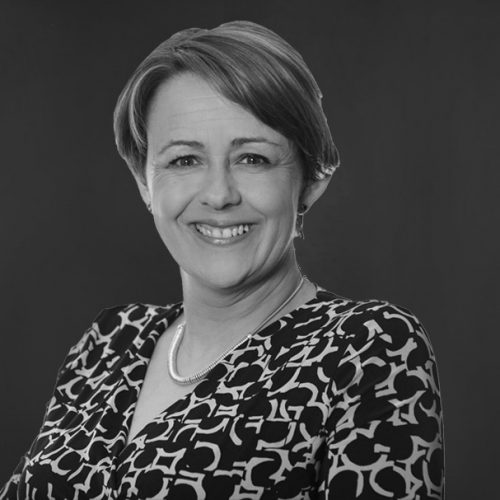 Baroness Tanni Grey-Thompson - “I am delighted to have taken on the role of #BeActive Ambassador in the UK for the European Week of Sport. The week provides a great platform to celebrate the role that physical activity plays in supporting people in leading happier and healthier lifestyles on a huge scale. We have some great plans coming together which will involve a number of exciting partners to reach a wider audience and help people #BeActive.”

Baroness Tanni Grey-Thompson is a crossbench peer and legendary Paralympian wheelchair racer - one of the most successful British athletes of all time.
Over an international career spanning 19 years she won 11 Paralympic Gold medals, held over 30 world records and won the London Marathon six times.
In 2005 she became ‘Dame’ Tanni Grey-Thompson for her services to sport. On 23 March 2010, Grey-Thompson was created a Life Peer on the recommendation of the House of Lords Appointments Commission. Her title was conferred as Baroness Grey-Thompson, of Eaglescliffe in the County of Durham.

Baroness Tanni Grey-Thompson was appointed ukactive chair in 2015, turning her seasoned campaigning voice to the crucial issue of turning the tide of physical inactivity. She has been a leading public face for the organisation, outlining several key ukactive policy recommendations in the past two years.
In addition to her work at ukactive she is also a Board Member of several organisations including Transport for London, the London Legacy Development Corporation and the Duke of Edinburgh Awards.

Tanni has appeared regularly on TV as chair of ukactive, including on BBC Breakfast and Daily Politics, highlighting ukactive policy recommendations as well as promoting the myriad benefits of physical activity as a whole.

Tanni is also a regular feature in the print media, providing expert comment on all things physical activity related and writing several op-eds in the Huffington Post. 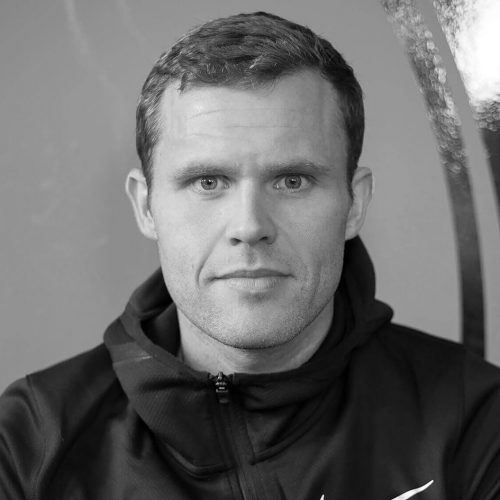 John McAvoy is a former prolific high-profile armed robber who has found redemption through the power of sport. Having been sentenced to a life term, John discovered a love for physical activity - breaking both British and World indoor rowing records whilst in prison.

John now travels the world competing, making speeches and hosting workshops as a Nike-sponsored Ironman triathlete. He believes that sport can have a positive impact on mental health and hopes that his story of rehabilitation can help and inspire others to change their lives for the better. Because of this, much of his current work is now focused on helping those from schools in deprived areas.

He is also proud to be a #BeActive Ambassador. “I’m immensely respectful of the privilege of being an Ambassador, for what it’s going to let me do back home in London, to bring together young children from across the capital, from different areas,” McAvoy says. 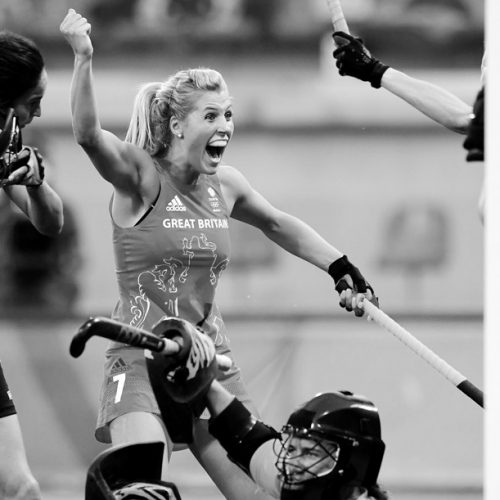 Georgie Twigg MBE was an International field hockey player, having played at international level from 2010 through to 2016, retiring officially from hockey in 2018. She played as a midfielder for both England and Great Britain.

In the London 2012 Olympics, Georgie was the youngest Great Britain player, making her Olympic debut only two years after her first international appearance.

She was part of the Bronze medal winning team in her home Olympics and four years later in Rio, went on to win Gold in one of the iconic moments for Team GB at the Olympic Games.

However, not only an incredible athlete, Georgie has also gained a Law Degree from the University of Bristol, completed her Legal Practitioner Course, and is now a qualified solicitor in the renowned Bird & Bird LLP in central London.

Considered a phenomenal sports figure and a great role model Geogie is a wonderful addition to the UK European Week of Sport ambassadors for the UK, following on from her appearance as an expert panellist at the EU Sport Forum in 2018. 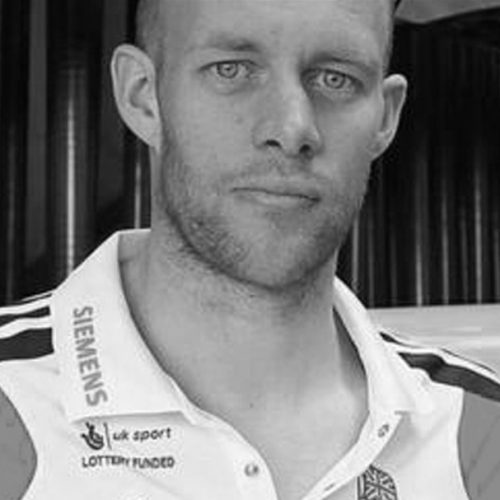 David Andrew Smith MBE took up Paralympic Rowing in 2009 after representing Great Britain in able-bodied Karate between 1993-1999 and Bobsleigh from 2002-2006. During this time, he also worked with the British Ski Teams as a national assistant coach.

David was born with clubfoot and came close to having his right foot amputated at birth. After spending his first three years learning to walk in special boots and plaster casts, a career in Olympic sport seemed doubtful.

However, that was just a hurdle he needed to get over and it was not going to hold him back, after 3 Tumours and 2 strokes which left David fighting for his life he now aiming to compete again for British Cycling.

Along with the sports that David competed in for team GB, he also competed in: -
• Shinty, winning junior Scottish titles;
• Skiing, where he raced in Austria, France and New Zealand; and
• Athletics, where he won an East of Scotland 400m title.

A recent survey from @AngliaRuskin has found that older adults and women have been more active than young adults an… t.co/LPyhZDWNXo

It is important for all users of fitness facilities to ensure that they sanitise their hands before and after their… t.co/DROmXgadbX

With the easing of lockdown taking place, it is important to take action now to minimise a rise in long-lasting men… t.co/fEFAPMulEq