General Election 2017 – assessment and next steps

There’s a chance that there may be a repeat of this commentary at some point, so I apologise now. The full outcome of the June 8th General Election is still being understood, with the impact of no party achieving an overall majority – delivering a hung parliament – still being digested. But many commentators already feel that a second election within the next few months is a genuine possibility, and one within the next 12/18 months almost inevitable. Almost all of us (with the exception of the political junkies) would unleash a primal scream if we were faced with another vote in the near future. The consensus would no doubt be that it would be great to have a period of government, and for our elected representatives to start addressing some of the significant economic and social issues facing the UK.

The Country will move from this surprising Election result straight into one of the most defining periods in our history – the Brexit negotiations. The physical activity sector will not be alone in looking for greater clarity on the implications of these talks, and we have already had a number of our members asking us to raise with Government a range of issues, including workforce displacement, changes to European regulatory legislation, including health and safety policy, and questions over the Customs Union and intellectual property rights. Over the coming months we will continue to engage the new Government to ensure our sector’s voice is heard, its issues raised, and the Government’s progress communicated.

Furthermore, there was arguably a collective failure from all the main political parties across the campaign to recognise and discuss the importance of physical activity to the country. Sport and physical activity got – at best – a fleeting mention, receiving an obligatory, almost apologetic, reference in the manifestos and merited only the odd photo opportunity. And yet other big ticket issues – the ageing population and the crisis in social care, the future of the NHS, childhood obesity, mental health, disconnected and isolated communities – all rightly received the oxygen of national debate. There is now a great opportunity for ukactive – with its members and partners – to position physical activity within the national conversation in a way that connects it more explicitly with these other, perhaps higher profile issues, that will retain the attention of decision makers, commentators, and the public. We want to present physical activity as the “golden thread” that runs through the nation’s psyche, positively influencing national issues, and being one of the solutions to the collective health and wellbeing of the nation. This is a message that ukactive plans to take to Government, offering our sector’s active involvement in supporting its work in addressing some of the most complex, multi-layered, issues we face as a nation.

This is no doubt a tumultuous political period, and there will be further energy spent over the coming weeks to find a political settlement that sticks, and works. At ukactive we are confident in our belief that the work of this new Government – improving the economic and social prosperity of this Country – would be strengthened by deepening its relationship with the physical activity sector. Now more than ever is the time to build the partnerships to move our nation forward. 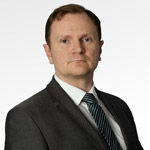