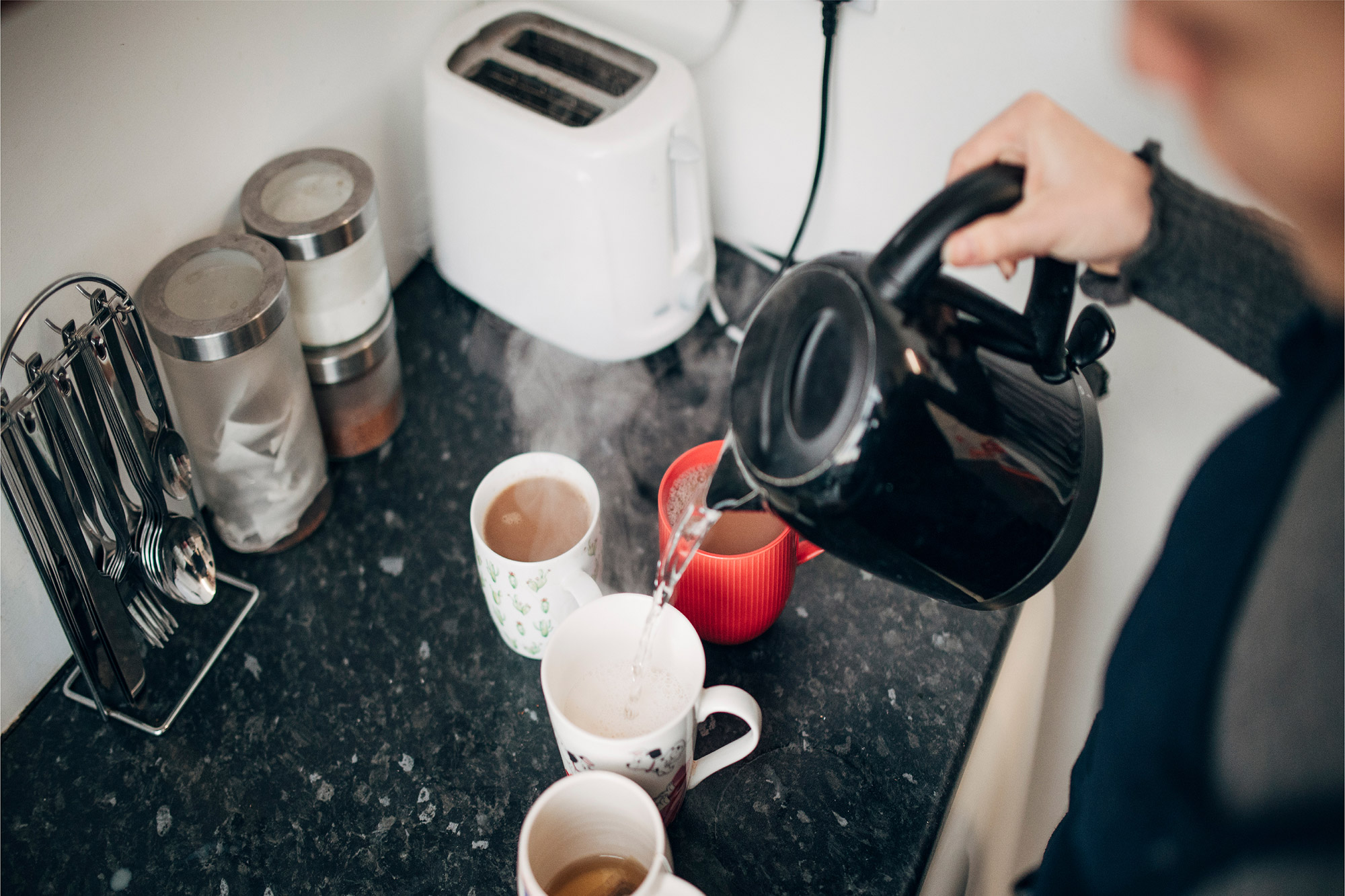 Health leaders call on the nation to make exercise as habitual as the great British brew, and get moving together on National Fitness Day

The average UK adult spends more than twice as long making tea as they do exercising, according to new research commissioned by not-for-profit health body ukactive ahead of National Fitness Day on Wednesday (25 September).

The study of 2,080 UK adults by ComRes* reveals that they spend an average of 40 minutes a day making tea (which equates to four hours and 37 minutes a week**), compared with an average of just 14 minutes’ moderate physical activity a day, such as riding a bike, fast walking, playing tennis or hiking (equating to one hour and 38 minutes a week).

While the nation is famous for its tea-drinking habits, simple physical activity is still not part of the daily routine at all for more than a quarter of UK adults who admit to doing less than 30 minutes of exercise a week.

The findings show a glaring fitness gap in the UK, with 13% of respondents claiming not to do any exercise at all and 15% doing fewer than 30 minutes of moderate exercise a week. It means that 28% of adults are classed as physically inactive.

The UK Chief Medical Officers’ Guidelines recommend that each week adults do at least 150 minutes of moderate intensity activity, 75 minutes’ vigorous activity, or a mixture of both; strengthening activities on two days; and reducing extended periods of sitting.

According to the study, UK adults clearly know the importance of physical activity, with 80% of respondents ranking their personal health and wellbeing in the top three things they care about, alongside family and friends (84%). Both featured well above Brexit, which was ranked in the top three by just 18%, and climate change (19%).

And over half of UK adults (56%) agree that physical activity helps them feel better when they are having a bad day.

However, despite clear awareness of the physical and mental benefits of physical activity, and the intention to exercise, the reality for many is far different.

And just one in ten said that given an extra hour a day, they would use it to do physical activity, with 15% preferring to use it to sleep and 20% saying they would spend it seeing friends or family.

The research provides the latest evidence of the lifestyle habits fuelling a growing physical inactivity crisis which causes 37,000 premature deaths in the UK each year and costs the economy an estimated £20bn.

Meeting the recommended levels of exercise can lead to significant health benefits, including a 40% reduced risk of type-2 diabetes, cardiovascular disease (by 35%), dementia (by 30%) and some cancers (by 20%), according to statistics from Public Health England.

On National Fitness Day, gyms, sports clubs and physical activity providers across the UK will host a huge range of free taster sessions which are open to everyone – offering an opportunity for those who are usually less active to try something new. And the ‘10@10’ project will see children in thousands of schools take part in a 10-minute workout at 10am.

Huw Edwards, CEO of ukactive – the not-for-profit health body behind National Fitness Day – said: “More people than ever are aware of the physical and mental benefits of physical activity; however, these figures show that despite our best intentions, modern living has stripped physical activity from our days.

“Our nation’s tea-drinking habit is world-renowned but the time has come for us to make physical activity as habitual as making our favourite brew. By simply moving more during the day and using your leisure time to do something active that you enjoy, you can transform your physical health and mental wellbeing.

“National Fitness Day is the perfect time to reflect on your activity habits and try something new from the thousands of free events taking place on the day.”

Professor Sir Muir Gray CBE, an adviser to Public Health England, Director of the Optimal Ageing programme at Oxford and Author of Sod Sitting! Get Moving, said: “Physical activity is the miracle cure that can not only reduce and treat many long-term health conditions, but can also improve cognitive function, mental capacity and resilience.

“Whatever stage of life you are at, it is vital to maintain an active lifestyle with regular points for exercise throughout the day, just as we take time to make tea or check our emails. We also now know that physical activity with other people has very important social and emotional benefits which reduce the risk of dementia.

“The secret to being more active is taking the first step – even three minutes walking is effective, or standing up ten times while you wait for the kettle to boil, or standing on one leg as you brush your teeth. Once you take the first step, you will begin to feel happier and healthier, and then you just need to take the next step, then the next.”

To kick-off National Fitness Day 2019, legendary ballerina Dame Darcey Bussell will lead a morning workout at the Royal Hospital Chelsea, with the Chelsea Pensioners showing the rest of the nation how it’s done.

The Pensioners will be joined by Paralympic champion and ukactive Chair Baroness Tanni Grey-Thompson, and will enjoy a day of activities including tai chi, boules, badminton and gym sessions, demonstrating the benefits of an active approach to ageing.

Dame Darcey Bussell, Creator of DDMIX and National Fitness Day Ambassador, said: “The great thing about physical activity is that it’s open to absolutely everyone, no matter what your age, ability or background. National Fitness Day is a great reminder to move more, and a chance to refamiliarise yourself with our natural instinct to move, dance and play.

“Physical activity gives me a huge rush of positive energy and happiness, and it can turn a bad day into a really good one.”

For the third year as official Workplace Partner for National Fitness Day, AXA PPP healthcare will be taking the celebration into workplaces too, encouraging employers to help staff start their day with an early-morning workout or active commute as part of a campaign called ‘Flying Start’.

Chris Horlick, Distribution Director at AXA PPP healthcare, said: “Being physically active is good for people and good for business because healthy employees are less likely to take time off sick. But making time and finding motivation for physical activity are often greater challenges than doing it.

“We often talk about the important role employers can play when it comes to enabling and supporting a more active workforce. But the finding that nearly a third of working adults regularly cancel their plans to exercise because of work highlights a different opportunity – for employers to seek to remove real and perceived barriers at work that could be putting employees off being able to make physical activity a natural part of their daily activity.”

For more information on National Fitness Day and to find free events in your area, visit: www.nationalfitnessday.com

*ComRes interviewed 2,080 UK adults aged 18+ between 6th and 8th September 2019.  Data were weighted to be nationally representative of UK adults aged 18+ by key demographics including age, gender, region and socio-economic grade. ComRes is a member of the British Polling Council and abides by its rules. Full data tables are available at www.comresglobal.com