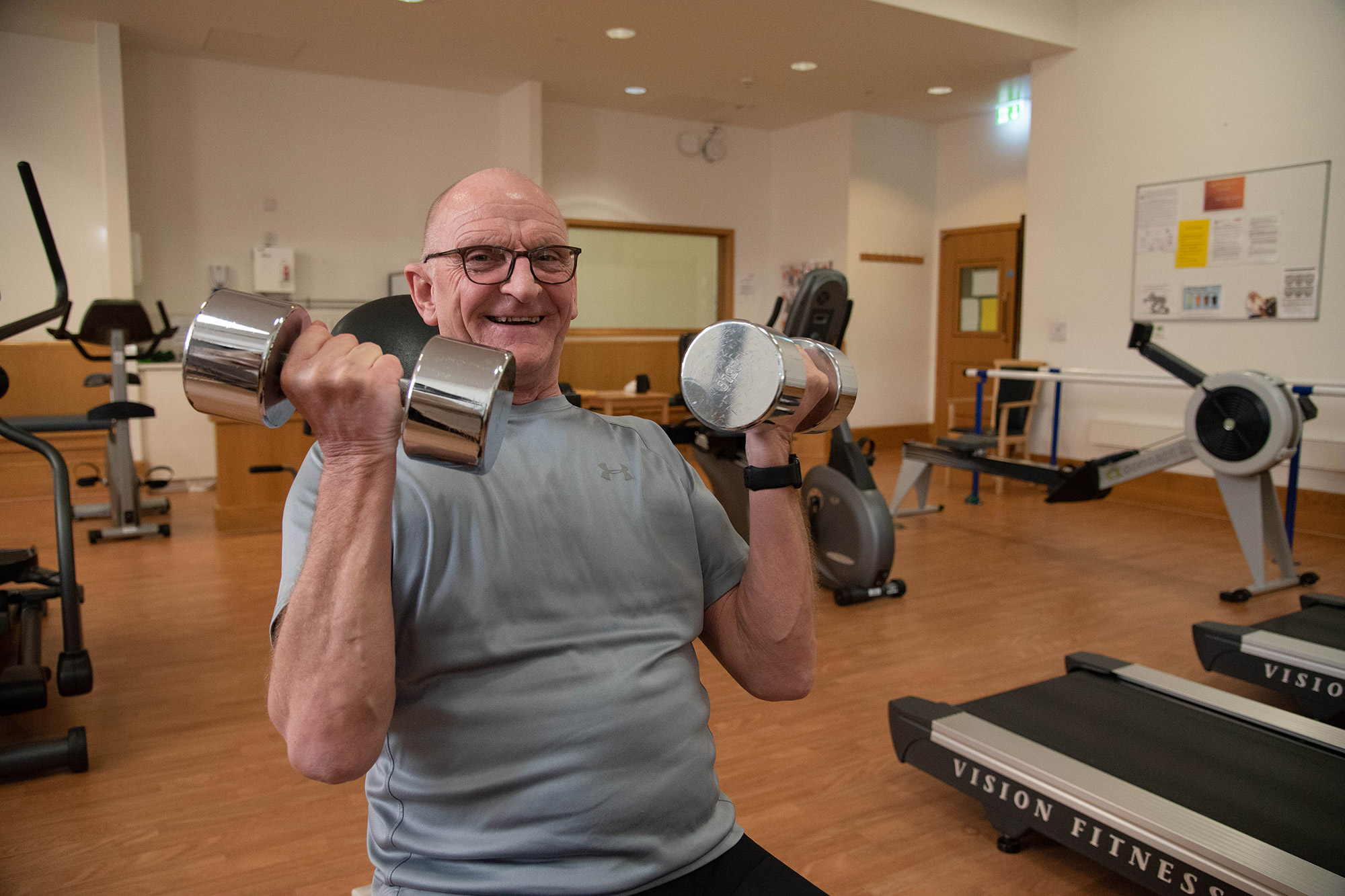 Older people can be role models too

By Gary Lashko, Chief Executive of the Royal Hospital Chelsea, home to the world-famous Chelsea Pensioners.

The Royal Hospital Chelsea has provided a home for army veterans for over 300 years, but over the last decade, we have radically transformed our model of care. By taking a more holistic approach towards the fitness and wellbeing of the Chelsea Pensioners, we are now able to offer them a markedly healthier, longer and more active life compared to the average retired person in Britain.

The average age of a new resident is 78, but ages range from 66 to over 100. We work extremely hard to build an environment that is not only mutually supportive for this broad spread of ages, but one that also encourages our Pensioners to participate in the greatest range of physical and mental activities possible. And as our visitors frequently remind me, the results are quite amazing.

Of course, I am excited about hosting National Fitness Day at the Royal Hospital today, where we hope to showcase some of the wide range of activities we do here at the Hospital. Staying active is equally, or perhaps even more important in our later years, so an event like National Fitness Day where we celebrate the importance of remaining active and the associated positive benefits really resonates with our organisation and the Chelsea Pensioners who live here.

It is not unusual to hear that one of our 80-year olds is about to go off with the Army’s Red Devils parachute team to make a jump to raise money for a good cause. A 93-year old took fundraising to new heights last year by completing a wing walk over Oxfordshire. And we currently have a veteran in his 70s undertaking a gruelling hike along the entire 1,000 kms length of the Western Front to pay tribute to the millions who died or were injured during the First World War.

Alan Rutter started at Dunkirk and will end up on the borders of Switzerland, Germany & France at Pletterhouse. He’ll be sleeping under the stars in a bivvy bag in order to raise much needed funds for both the Royal Hospital and War Child.

But it is the day to day life at the Royal Hospital Chelsea that we truly see the very positive benefits of keeping both physically and mentally active – whether through working out in our gym, playing cricket or bowls, running, walking, strengthening muscles in our hydro-pool, paying boules, tending an allotment, fishing, joining a tai chi class or choir, or through painting and pottery. And many regularly volunteer to lead activities out in the wider community.

We also encourage the less physically or mentally able who live permanently in our expertly staffed Infirmary to participate in a much more tailored range of activities that include art and music therapy classes. And those who reside indefinitely in our dementia ward are encouraged to exercise using our special assisted bikes.

The list is extensive, but our forward plan is to do more. The Chelsea Pensioners are an admirable role model for a population in Britain that is getting progressively older. I would argue strongly that, as a society, we need to build greater resilience into the entire population to ensure that the growing burden on our NHS and social services can be stabilised or reduced. The Royal Hospital’s model of care goes a long way to achieving this for our older citizens and it is one that can be adopted elsewhere.

The Royal Hospital is so much more than a retirement home for residents to see out their days. It is a nurturing community that provides the space where new interests and skills can flourish.

Walking around our grounds and buildings, I am always struck that I seldom see people on their own. Here, we have created a family that pulls and plays together. Activities bring people together. We should all challenge the scourge of loneliness; it is now as much a public health priority as smoking and obesity. And not just for older people. It is a problem that can affect everyone throughout the life-course, and presents particularly difficult hurdles to surmount for those who feel isolated or marginalised and for those who suffer from mental illness.

I was greatly inspired by the remarkable achievements made by a recent visitor to Chelsea, last year’s winner of the ‘Women in Defence Awards’, Michelle Partington. A combat medic, she returned home after three long and gruelling tours in Afghanistan presenting with complex PTSD. For two years she couldn’t even bear to leave her home.

Then, one day, she was encouraged to take up weightlifting and rowing – two sports in which she would eventually represent the UK at the Invictus Games in Toronto. ‘Taking part in these activities literally changed my life,’ she said. And they really have. I’m delighted to report that Michelle is currently in training to row the Atlantic in a two-woman boat.

There is no doubt whatsoever that the long-term benefits to physical and mental health of creating supportive communities that draw people together and share activities are both profound and clear. It can be achieved throughout every region of our country. And it can help slow down the rising cost of healthcare in Britain.

At the Royal Hospital we have no intention of resting on our laurels; we will shortly embark on an ambitious fundraising campaign for a brand new Activity Centre – not only for Chelsea Pensioners but hopefully for other veterans too. This new investment will help ensure that the Royal Hospital will operate as close to the benchmark for supporting active ageing as we can possibly can.

We can all agree that regular physical activity improves both the body and the mind. And wellbeing is what we are about at the Hospital. Older people can be role models too.

‘I’ve always been a ‘tomorrow man’ but then the gym completely changed my life’ – Chris reveals how he found streng… t.co/sZiFqYVWZq