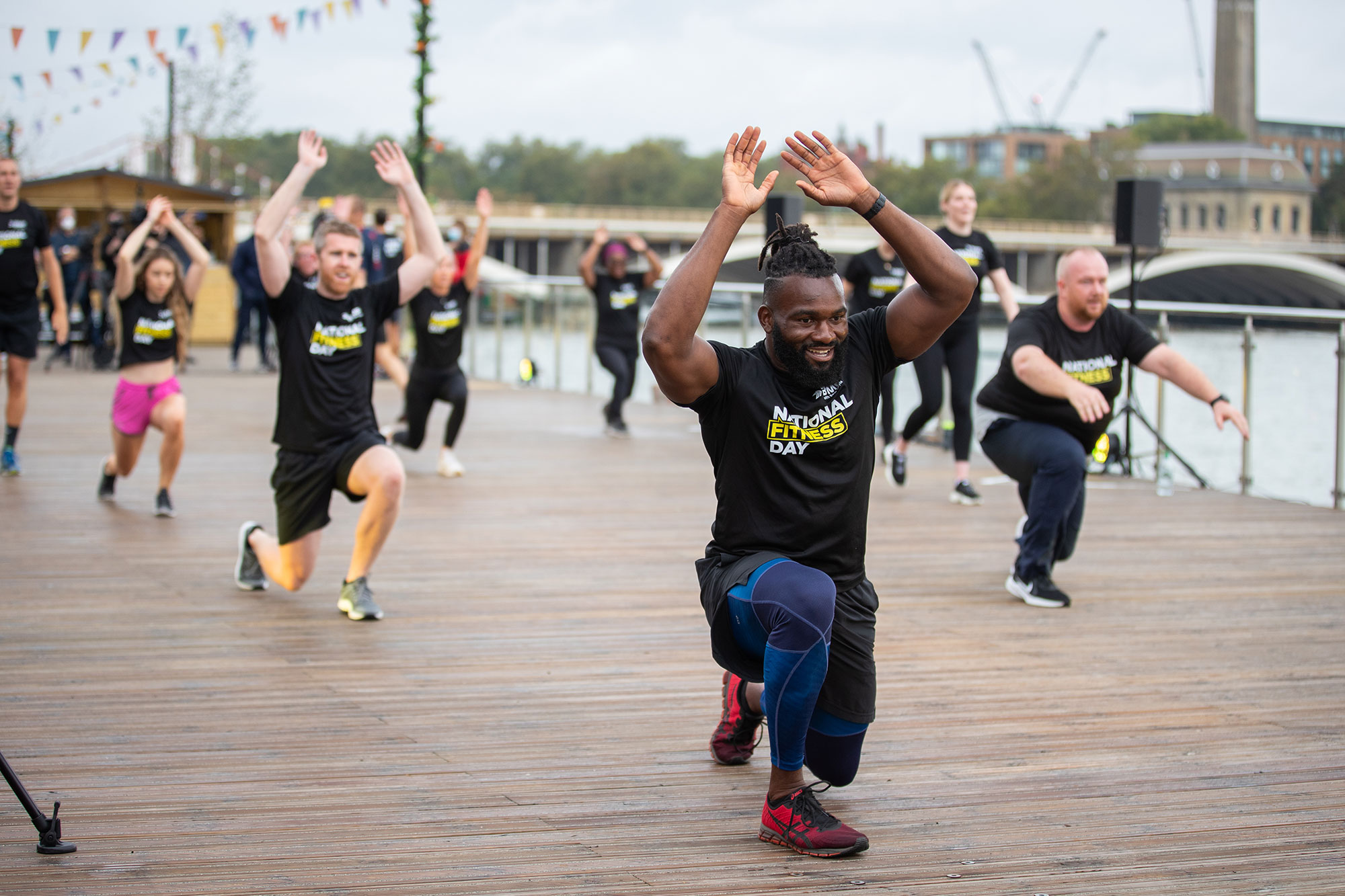 ukactive and its members today begin celebrations for the 10th anniversary of National Fitness Day, recognising the campaign’s growth from small beginnings to becoming the UK’s most active day of the year.

National Fitness Day 2021, supported by TRX Training Club, will take place on Wednesday 22 September, and ukactive is starting the celebrations with 10 days to go, encouraging its members and the campaign’s followers on social media to share stories and images from previous years.

As the sector reflects on the success and legacy of the campaign, ukactive is proud to announce a new industry award in the name of founder and former Chairman of énergie Fitness, Jan Spaticchia – a founding member of National Fitness Day – who passed away suddenly this year.

Jan played a lead role in the launch of National Fitness Day through his fitness franchise, the énergie Group, in 2011. The campaign was gifted to ukactive in 2014 after it was realised the campaign could benefit the whole sector and expand through thousands of fitness operators and suppliers within ukactive’s membership.

Named the Jan Spaticchia Special Recognition Award, the new honour will form part of the ukactive Awards and is designed to recognise outstanding contributions from individuals who have made a continued and significant impact across the breadth of the sector.

In a message to the sector, ukactive CEO Huw Edwards paid tribute to Jan’s role and the thousands of organisations and teams across the UK that make the campaign a success [read it here].

Neil King, Managing Director of énergie Fitness, said: “Jan’s family and the whole team at énergie Fitness are delighted to see Jan’s exceptional legacy recognised in such a positive way by ukactive and the fitness industry.

“Jan was a charismatic leader who was passionate about the development of people and the potential of every employee to grow and succeed within the business. The Jan Spaticchia Special Recognition Award is therefore, a very fitting way to sustain his influence within the sector in the years ahead.”

Powered by gyms, clubs, leisure centres, online platforms and fitness suppliers, National Fitness Day has gone from strength to strength – last year achieving a record 19.1 million participants across the UK who were inspired to be active on the day*.

The theme for National Fitness Day 2021 is ‘Fitness Unites Us’ and the day will see thousands of free and inclusive events available to try for people of all ages, backgrounds and abilities – both in person and virtually.

The day will kick-off with a live-streamed workout hosted by two special ambassadors** working with National Fitness Day and TRX Training Club to get the nation moving, followed by thousands of schools joining the fun in a synchronised 10@10 (10 minutes of activity at 10am).

As the countdown continues, the National Fitness Day Activity Finder is helping people to discover nearby events hosted by more than 4,000 ukactive members across England, Scotland, Wales and Northern Ireland.

To find out more visit www.nationalfitnessday.com

*Research conducted by Savanta ComRes on behalf of ukactive showed that 19.1 million people were inspired to be active on National Fitness Day on 23 September 2020.

**Details of the kick-off event will be revealed closer to the time. For media invites, please contact the ukactive press office.