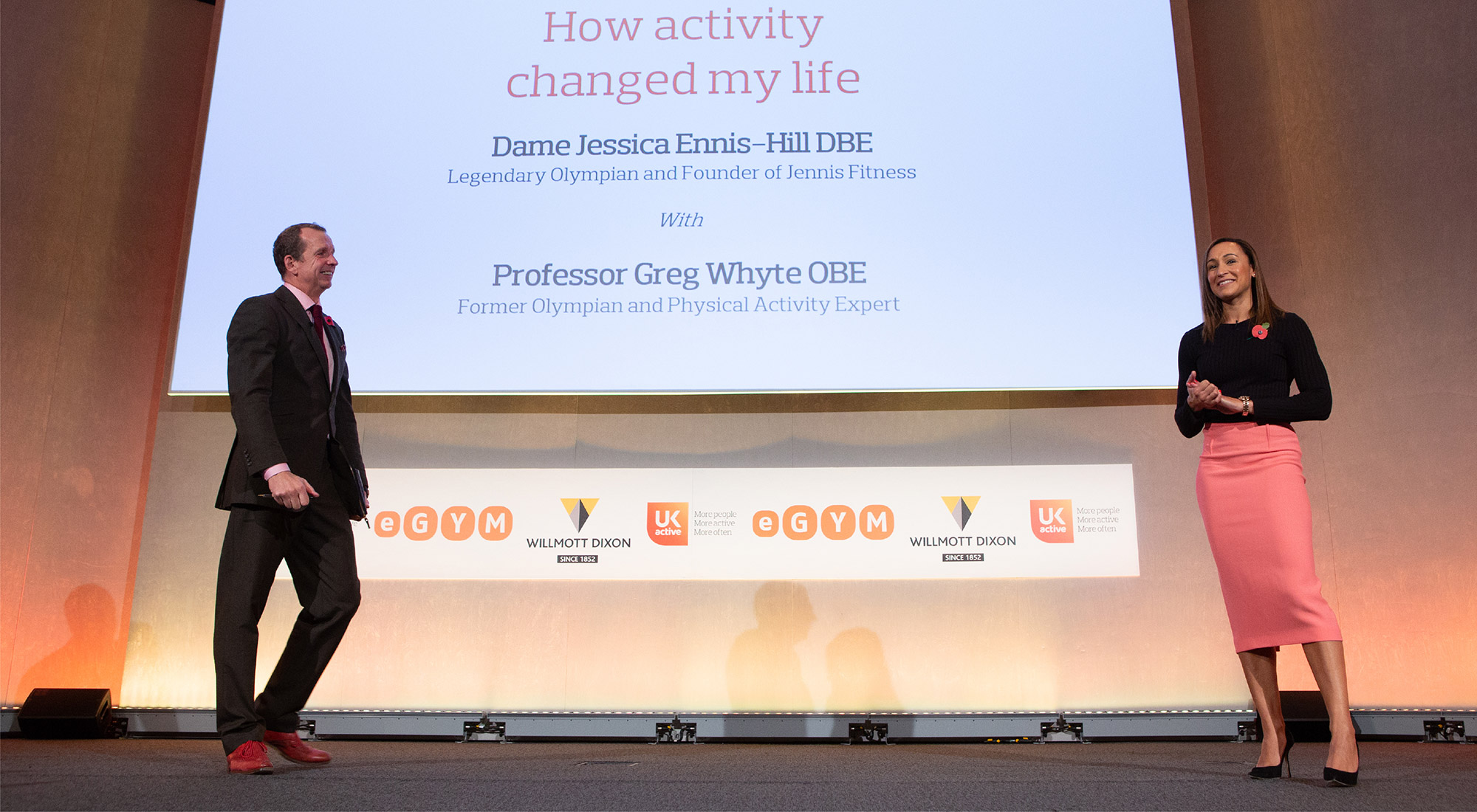 Professor Greg Whyte OBE has been appointed to ukactive’s Board of Directors, it was announced today (7 November).

Greg joins the Board for an initial three-year term, replacing the outgoing Dr Ewan Hamnett.

The new role means Greg will bring his wealth of experience to represent the wider activity sector in the boardroom, providing overall governance and strategic direction alongside his fellow Board members.

He joins the ukactive Board at a crucial time in the run up to the General Election, with ukactive policy calls under review by the main parties, and multiple programmes underway with ukactive members and strategic partners.

One of his first roles as a Board member was to interview Olympic gold medallist Dame Jessica Ennis-Hill in front of more than 600 delegates at the ukactive National Summit last week (31 October).

Nominations for the Board closed on 30 August, when they were reviewed by the Nominations Committee before being put forward to ukactive’s membership to vote between 6 and 27 September. Greg attended his first board meeting on 23 October.

A former Olympian in modern pentathlon, and a European and World Championship medallist, Greg was awarded an OBE for his services to Sport, Sport Science & Charity.

He is currently a Professor of Applied Sport and Exercise Science at Liverpool John Moore’s University and Director of Performance at the Centre for Health and Human Performance at 76 Harley Street, London.

He is well-known for his charity work, including his involvement in Sport Relief and has helped raise more than £45million for charity.

Professor Greg Whyte said: “I am honoured to become a member of the ukactive Board. With physical inactivity being one of the most pressing public health issues, the role of ukactive is central in making positive change and I am delighted to support them in their quest to promote physical activity, helping enhance the health and quality of life of the UK population.”

Chair of ukactive Tanni Grey-Thompson said: “We are delighted to welcome Professor Greg Whyte to the ukactive board. His incredible passion, knowledge and charisma have been invaluable to ukactive over the years and I am certain this will continue as we develop our exciting plans for the sector.”